An industry forecast to be worth around 996.2 million US dollars in 2020, according to Statista reports, with an average annual growth of around 6.8% per year. Food trucks are an amazing business that allows you to take the native food of a country and sell it on the streets to discerning customers.

Taco and Mexican food trucks are among the most popular of all food trucks in the US today, selling delicious Mexican dishes that are now a staple food in the United States. Not surprisingly, a taco truck is listed among the Top Ten Most Popular Food Trucks in the US, according to a CNBC report, which means Taco Trucks are still as popular with their clientele now as they have ever been.

And with more than 50% of Americans likely to eat from a food truck in any given month, this is still a growing business. So if you are opening up your own taco truck and are thinking of what to call it, here are our suggestions. 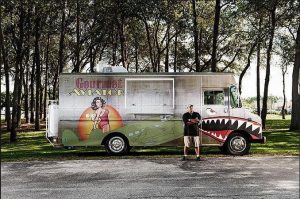 You have a wealth of names you can use for your new mobile food business, and while using the word ‘Taco” is an excellent way to describe what you are selling, you do not have to use just that.

With tacos being a popular Mexican food, and one that is probably more famous than any other, using almost any Mexican term can help your taco truck be well recognized and popular. Our best options are listed below: 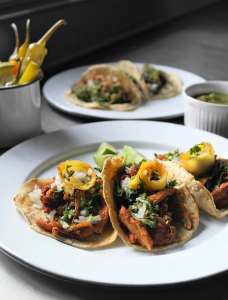 Amusing names are one way of being noticed, and remembered. But the trick is to not make it too ridiculous and out of context that people will not recognize what you are selling. You still want it to be known that you are a Taco Truck, so making a pun on the different Mexican terms and even ingredients can give you that more memorable edge over the competition.

Naming your Taco Truck doesn’t mean it has to be called something serious, and many of the most famous food trucks in the US today are puns and a play on the menu or cuisine they are selling. Here are our options for fun Taco Truck Names:

Taco trucks can be named for their dishes, or for the puns that can be made from Mexican cuisine and ingredients. But you can also use a variety of other words and phrases from Mexico, including Spanish and Aztec words and phrases.

After all, it is a fact that tacos pre-date the Spanish colonization of this part of the world by several centuries, and are one of the most traditional Mexican dishes. So if you are thinking of making a splash and giving your Taco Truck a more unusual or distinct name, here are our choices for the best “unusual” taco truck names:

How to Name a Taco Truck 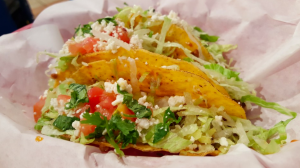 While it may be exciting to name your taco Truck, it is important to make sure that your name is right for you and your business. When people ask “what’s in a name?” the answer is “Everything”. Naming your Taco Truck is one of the most important steps in setting up your new business, and sorting through the gamut of potential names can be a tedious process. Time take to carefully consider your name.

One best practice is to come up with something memorable, so that people can remember it easily, without having to rack their brains for the name when asked about the best truck in town. The more people that remember your name, the more customers you’ll have. Try telling ten friends your prospective name, and then ask them a week later to identify how many remember. If no one can remember, move on to the next idea.

Much as crazy names for food trucks have become quite a trend over the years, they can be a little frustrating for the customers. If you are considering online advertising, then a more phonetic name will help people Google the name after hearing it, without it needing to be spelled out for them.

You should also consider the oral aspect of the name, especially if you are considering using puns and strange spellings. While it might look good on paper, it may not translate phonetically when it is spoken out loud.

Your name should also be as unique as possible. Having two taco trucks in the same area with similar names can get confusing for the customers. Do a local search for taco trucks in your area to ensure yours is unique.

Food trucks are noted for their colorful and often crazy imaging, and you should consider this as well when deciding on your Taco Truck name. While having little Mexicans in sombreros and dancing tacos on the side might be fun, you need to ensure that your Taco Truck name will stand out in the midst of all this colorful imagery.

If you’re thinking about starting a food truck, view some of our previous builds and pricing estimates here. We’ve been manufacturing food trucks for over 15 years and can help you start any type of food truck.