How Much Gas Does a Food Truck Use?

One of the main operation requirements unique to the Food Truck business, as we all can figure, is the need to travel EVERY day. A mobile operation means going from point A, the main commissary kitchen or other food prep area and truck storage lot, to point B [potentially even C, D, etc] for service day in and out. With this particular everyday action, of course, comes a daily expense we’ve all been tortured by: Gas.
That most imposing of costs, hovering high in the sky above us as we drive past the station; we try to ignore it, but we can’t, needing to see what it’s changed to now in the hope that the numbers are going down when we get close to an empty tank instead of up.
As a truck owner, this becomes an even more important part of your daily costs, its shiftings in amount having become some of the biggest banes to many an owner’s week. If you’re getting into the business, at some point you are likely to start figuring out what this cost might be for your needs. Towards this end, here are a few things you may want to know.
First and foremost, as we are ALL aware, the price of gasoline is ever changing on a constant basis, week to week and year to year it shifts, so putting an estimated ‘price’ on what one should expect to shell out for this is highly unlikely. Thus we are going to be thinking more in GALLONS, so that one can convert the estimates at this time towards whatever the price of fuel is when so needed. 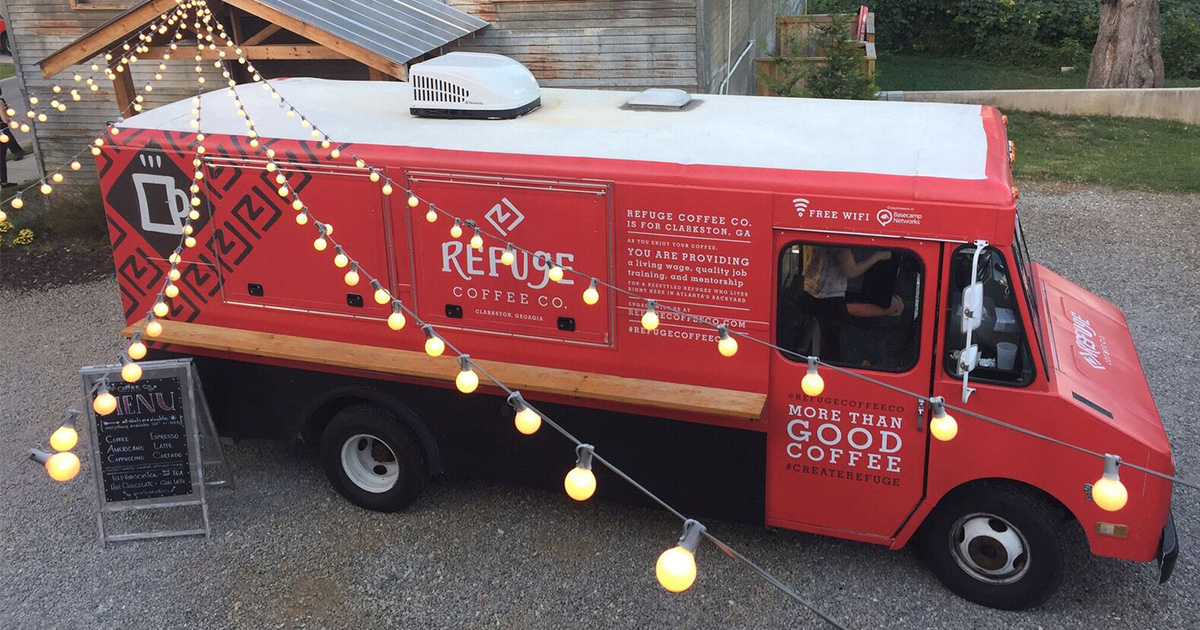 If one is relying on the estimates online concerning ‘food start-up’ costs and the like, they would likely be lead to believe, through figure calculation, that they’d end up burning at least a 10-gallon tank’s worth of gas every day. Give or take.
Perhaps if one was also calculating fuel used via generator [which shall be mentioned in a bit], that could be possible; I on the other hand cannot imagine that to be even close to reality unless in the notably disadvantaged position of having to drive HEAVILY long distances every day towards your parking destinations; a-la those food trucks who will drive to whole different cities if not across a nearby state border. Even with the added gas requirements that larger vehicles such as buses, hummers, and food trucks may incur, the average business which SHOULD have their food truck set up at a somewhat reasonably close[ish] location to their selling area should not be using that much fuel purely on driving every single day. Then again, there are notes that many of the BIGGER trucks are of that kind that can only get 4-5 miles to the gallon… so there is THAT.
That said, most regular food trucks will run on a rate of 10 miles to the gallon at the very WORST. And if you’re a smaller operation based out of a van or a cart being pulled by a truck, then much more regular mileage rates will of course be applied. As for distance, truly there’s no average even close to that, especially when considering just the random extra events, special seasonal locations, and other spots which a truck has to go to during the year that don’t apply towards their daily routine.
What HAS been heard, here and there, are a few average truck owners, working 25 days a month, mentioning that they’re 20 gallon tank, on average, only needs refilling once per week. Assuming the not-so-friendly-but-maybe-average scenario of a 10-miles-per-gallon tank, that’s to say an average truck stationed at a commissary somewhat ‘close’ to ‘downtown,’ or wherever, is likely driving somewhere between 30-40 miles a day, give or take. From here one can take their own situation; tank size, gas mileage, location, etc, and adjust their expected situation as it occurs.
Not too detailed I know, but that’s gas, as we know. But there ARE a few other considerations to be aware of on the subject to help reduce and calculate the costs.

The first real factor in narrowing down what your gas costs will end up being is whether or not you do, or have, decided to choose gas or diesel as your main source. Diesel WILL be more expensive per gallon, as well as the repairs on it, HOWEVER it’s usually proven to be much more efficient and good for the vehicle and end up requiring LESS need of repairs/upkeep in the long run. Not to mention it has some nicer environmental benefits, re-using and biodynamic and all that jazz. Gas on the other hand is highly more affordable for itself, but more issues arise. Thus the question ultimately becomes whether one is willing to raise their daily and start-up cost on fuel to hopefully reduce the long-term expenses on repairs, or if they want to play it safe and greatly reduce initial costs[it’s a vital decision, as changing from one to the other after a few years can be VERY costly; the only time that’s suggested is if one started with a gas truck, found success, and expanded a food truck lineup and made THOSE diesel now that the chances of long-run success are more notable].

Sad to say driving isn’t the only thing that may be guzzling your fuel reserves. As a food truck, having a generator is a must to keep lights, various equipment, and other machinery running for service. Some of these function off propane, but many of you are likely to use a generator that runs on your gas or diesel.
Ultimately, there are many different models to choose from which perform differently, and the wattage required can vary heavily dependent on your truck, so it again varies. Some trucks will even just run the generator on and off for the ability to build charge. But it’s safe to say that every hour one is parked equates to anywhere between ½ – 1½ gallons of fuel [lower average for diesel, higher for gas], give or take a bit depending on situation.
Another point to be made about the diesel vs gas argument here, there have been many complaints that the diesel generators often have more of a ‘smell’ to them, but again are still more efficient than gas.

As we’ve said, this issue is clearly quite fluctuating, but that’s not to say we can’t offer some advice on making sure YOUR situation shifts more towards the lower end of things.
First off, as with anything, MAINTENANCE. Keep your Wheel Alignment straight and make sure everything is always up-to-date; an even slightly under-performing vehicle can make it expend more effort and gas to travel. Similarly, ensure that your Tires are always inflated to the ideal level for their style.
Avoid high speeds as much as possible; 55mph at the most, it HAS been proven that anything over will start slowly reducing your fuel efficiency. Also, while driving, attempt to reduce Braking and Revving instances as much as possible; the change in speed also taking a bit more fuel. Try to use Cruise Control as much as possible to combat this on the highway.
Now, this next one is going to be difficult, especially in the summer months, but using Air Conditioning less WILL save on gas [and may be what’s contributing to the 10+ gallons of fuel a day many trucks seem to be using]. So always looks for times where you feel you really DON’T need it; open that back door and windows wide.
There are various websites like Gas Buddy which will assist in shopping around for the cheapest gas prices in your area on that day. Do certainly check these to ensure you’re always getting the best deal; almost no fuel station will continuously be better than those around, they switch for position constantly.
Finally, and yes it’s obvious, but always PLAN your route for the SHORTEST and most efficient possible.
And that’s about all that can really be said in any definite way; until you as an owner makes the final decisions on vehicle, parts, how far and how often you have to drive during your business, only general assumptions can be made. Hopefully though, this has helped center your thoughts to easier focus on what’s important when calculations come into play. For a final gift, here are a couple Article Links that may also come in handy.
Those Finicky Gas Prices – a little run down on gas calculations and other important considerations given by Small Food Business.
How Much Fuel do You Need to Run a Generator? – A little breakdown on some average estimates for the main generator types by Consumer Reports.