How to Reduce Your Food Truck Suppliers and Simplify Operations

Operating a food truck business can be complex, but sometimes we as owners / operators make things more complicated than they need to be. One simple way I’ve found to make things easier to operate is by cutting back on the number of suppliers I work with. If you can narrow the number of suppliers you use, you can drastically simplify your life (not to mention your bookkeeping).

For example, at one point, we had a sandwich menu that used six different types of bread.  The rye and the sourdough were easy; they came from a commercial bakery and could be picked up with 48 hours notice.

One of the sandwiches used a special roll that I had custom baked at a nearby specialty bakery. One of the other rolls I used could only be found at the supermarket, and they wouldn’t give me the name of their supplier, so I had to buy off-the-shelf at retail, and with scarce and unreliable availability. The same was true with a third type of roll, which I purchased from a different chain retailer. And finally, I found a special pita that was only available through one of my wholesalers. 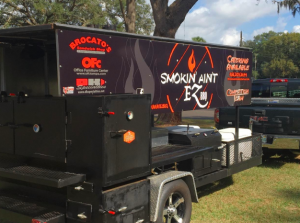 Identify ways to simplify your operations.

Do you see the problem here? I was buying bread (BREAD!) from five (FIVE!) different suppliers. That’s five trips across town, on different days, on different bakery schedules. Five invoices to file. Five checks to write. And that was before I had assembled ANY OF THE OTHER INGREDIENTS THAT GO ON A SANDWICH.

This is entirely my own fault, and is partly because I am nothing short of obsessed with finding the right vehicle for the right ingredients. Bread is a very big deal, you guys.

But if I had thought it through, planned ahead more, might I have been able to design a menu that had ingredients that overlapped a little more. Made some concessions on which bread got used on which sandwich? Been a little flexible? Narrowed that list of vendors down to one or two? Probably. Could I have saved myself from having a six month long, ambulatory heart attack? Definitely.

When designing your menu, ask yourself: Am I maximizing the way that a small amount of ingredients can be used in a wide range of dishes?

Good things come from Sysco or Costco, or Sam’s Club!

It’s easy to spend ridiculous amounts of money on the best product, but that’s not the point. Before starting my own food truck, I would lambast businesses for not using better product.

“Why aren’t they buying better bread,” I breathlessly opined, or “Don’t they know that if they make their own tortillas, they’ll have a product superior to everything else that’s out there?”

What I learned is: Of course they do. Almost every business in the world knows better. They understand that if they spend top dollar buying the best product, they’ll have a better product. But that’s a ridiculous oversimplification that doesn’t take into account any other aspect of how difficult it is to run this business.

Ideally, every business should be buying exclusively small-batch produce from the farmer’s market. Locally-raised chicken and pork from the farm down the street. Artisan cheeses. Bread lovingly kneaded by hand, produced from the spent grains of a brewing process whispered over by celibate monks. 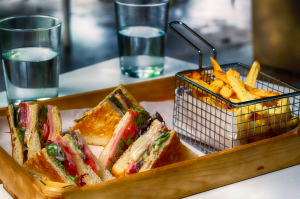 This meal could come from five or more suppliers… Or only one.

Unfortunately, this will result in a sandwich that costs $30 and that no one can reasonably afford to buy. The best ingredients may often equal the best product, sure, but you have to be selective about where you spend money, in order to keep the cost at a level that’s attractive to consumers. And THAT’S the point I missed, when I wrote snarky reviews about restaurants before actually getting into the industry myself.

I continue to spend any amount of money on bread. To me, bread is really important. I will also buy bacon from a local butcher, because it features prominently in several of our sandwiches and is better than any bacon I have ever tasted. Our seafood will come from Jess’s, a local fishmonger, even though it may be cheaper to buy from some sketchball off the back of a truck.

Where to Consolidate Simply Supply Sources

But can I buy things like swiss cheese, mayonnaise, fryer oil, and some produce from a big wholesaler? You betcha, and doing so will help keep my food affordable and approachable, while sacrificing very, very little in terms of quality. Finding this balance, figuring out where to spend money and where not to spend money, is key to the success of any food business. The sooner you can figure it out, the better.

This seems like a no-brainer for anyone with any experience in this business, but gradually adding more vendor relationships can increasingly complicate your business. Take 15 minutes today to audit the number of suppliers you work with and identify if all of them are truly necessary. Going through this process annually will save you countless hours of time and simply your overall business operations.